On November 16, 2018, the U.S. Department of Education’s Office for Civil Rights (“OCR”) published proposed rules, which “clarify and modify Title IX regulatory requirements” for colleges and universities that receive federal funding.  Among others, the proposed rules address the ways in which institutions address and respond to allegations of sexual harassment (including sexual assault), remedies for violations, and the adoption of grievance procedures.

Hearings are Required Across all Institutions… as is Live Cross-Examination by an Advisor.  The most significant change proposed by the new rules is the requirement that all institutions of higher education – public and private – must provide for a live hearing when the institution receives a formal complaint of sexual harassment, and the hearing must provide for cross-examination by a party’s advisor.  The proposed rules require as follows:

When A School Has “Actual Knowledge” of Sexual Harassment, It Must Respond in Way that is Not “Deliberately Indifferent.”  Schools must respond to sexual harassment against a person in the United States that occurs in an education program or activity when the school has “actual knowledge” of harassment.  When the school has such knowledge, it must respond in a way that is not deliberately indifferent, i.e., in a manner that is not “clearly unreasonable” under the “known circumstances.”

The Definition of Sexual Harassment under Title IX has been Narrowed.  The new rules define sexual harassment as follows:

These definitions represent a narrowing of the Obama administration’s 2011 and 2014 guidance, which broadly defined harassment as “unwelcome conduct of a sexual nature.”  The proposed rules state that while a school “remains free to respond to conduct that does not meet the Title IX definition of sexual harassment, or that did not occur within the recipient’s program or activity… such decisions are left to the recipient’s discretion in situations that do not involve conduct falling under Title IX’s purview.”

… As has the Meaning of Responsible Employees.  Under the guidance previously issued by OCR in 2001, 2011, and 2014, an institution was deemed to have notice of harassment if a “responsible employee” knew, or in the exercise of reasonable care should have known, about the harassment.  Under the prior guidance, a “responsible employee” was broadly defined to include any individual who a student could “reasonably believe” had the authority to institute corrective measures.  In the proposed rules, however, the term “responsible employee” is not used in this context, and, as noted above, a school’s responsibility to respond under Title IX is triggered only when an official with actual “authority to institute corrective measures” on behalf of the school learns of conduct regulated by Title IX.

Emergency Removal of Students is Appropriate Following an Independent Assessment…as is Placing Employee Respondent’s on Administrative Leave. The proposed regulations do not preclude a school from removing a student accused of misconduct from the school on an emergency basis, but such removal may only occur if the school performs an individualized safety and risk analysis and the student is given the opportunity to challenge the removal.  Non-student respondents who are employed by an institution may be placed on administrative leave during the pendency of an investigation. With respect to employee respondents or complainants, the proposed rules state that the rules are not intended to diminish, restrict, or lessen any rights that those parties may have under Title VII.

Interim Measures are Still on the Table (For all Parties).  The proposed regulations discuss the provision of supportive measures for both complainant and respondent, which are intended to restore or preserve access to the school’s education program or activity (without unreasonably burdening the other party), to protect the safety of all parties and the school’s educational environment, and to deter sexual harassment.  Such measures are defined as “non-disciplinary, non-punitive individualized services offered as appropriate, reasonably available, and without fee or charge to the complainant or the respondent before or after the filing of a formal complaint or where no formal complaint has been filed.”

Supportive measures may include counseling, extensions of deadlines or other course-related adjustments, modifications of work or class schedules, campus escort services, mutual restrictions on contact between the parties, changes in work or housing locations, leaves of absence, increased security and monitoring of certain areas of campus, and other similar measures.

Respondents are Granted a Presumption of Non-Responsibility.  Respondents are presumed non-responsible until a finding is made.  This presumption must be included in the notice to parties of a potential violation.

Schools Cannot Impose a Confidentiality Obligation on any Party.  Schools may not restrict the ability of either party to discuss the allegations under investigation.

Parties Continue to Have Full Choice of Advisors…and Other Support Persons.  Schools must provide the opportunity to have “others” present during any grievance procedure, including the opportunity to be accompanied by an advisor of their choice.  It is not clear from the proposed rules whether persons other than the student’s advisor of choice (who may be an attorney) must be allowed to attend such grievance procedures.

Each Party must be Afforded the Opportunity to Review ALL Evidence… in an Electronic Format.  All parties must be provided an equal opportunity to inspect and review all evidence obtained as part of the investigation, both inculpatory and exculpatory, that is directly related to the allegations raised in a formal complaint, including evidence upon which the school does not intend to rely in reaching a determination regarding responsibility.

The evidence must be provided for inspection and review in an electronic format, which restricts the parties and advisors ability to download or copy the evidence, at least ten (10) days prior to completion of investigative report.

The Investigative Report must be Provided to the Parties for Review Prior to the Hearing.  A school must “create an investigative report that fairly summarizes relevant evidence.”  The report must be provided to the parties at least ten (10) days prior to a hearing or other time of determination, so the parties have an opportunity to review and respond to the evidence in writing prior to determination.

The Preponderance Standard Remains…But Only if it is Also Used in Conduct Violations that Carry the Same Maximum Disciplinary Standard.  A school may use either a preponderance of the evidence standard or a clear and convincing standard.  However, the school may only use the preponderance standard if the school uses that standard for code of conduct violations that do not involve sexual harassment but carry the same maximum disciplinary standard. The school must apply the same standard in addressing complaints against students and complaints against employees, including faculty.

Appeals Remain Optional, but if Offered must be Offered to Both Parties.  Schools need not provide for an appeal.  However, if a school does permit appeals, they may only be offered to both parties, each of whom will be afforded the opportunity to make written submissions.  The person deciding the appeal cannot be the Title IX coordinator, or the persons who served as investigator and decision-maker in the matter.

Schools are Required to Maintain and Make Available Title IX Records for Three Years. Schools must create, make available for the parties, and maintain for a period of 3 years records of: (1) the investigation, including any determination of responsibility, disciplinary sanctions imposed, and remedies provided to a complainant; (2) any appeal and the result therefrom; (3) informal resolutions, if any; (4) supportive measures; and (5) all materials used to train investigators, decision-makers, and coordinators with regards to sexual harassment. The school must document the basis for its conclusion that its response was not clearly unreasonable, and document that it has taken measures designed to restore or preserve access to the school’s educational program or activity.  During the record retention period, these records would continue to be subject to the applicable provisions of FERPA.

Members of the public are free to provide comment on the proposed rules for a period of 60 days.  Comments may be sent electronically to:

Comments may also be sent by mail to:

If have any questions or concerns about these proposed rules, or the manner in which you can provide comment, please contact one of the following members of the HRW Higher Education Team: 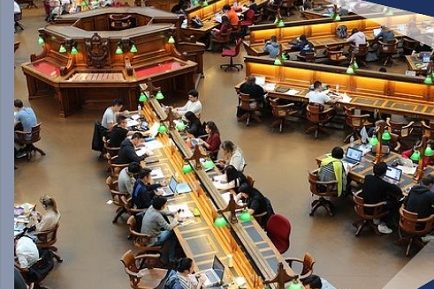