On September 20, 2019, the National Labor Relations Board (“Board”) announced that it will be publishing a Notice of Proposed Rulemaking in the Federal Register on September 23, 2019, paving the way for the Board to find that students who perform paid services at a private college or university in connection with their studies are not “employees” under the National Labor Relations Act (the “Act”). The new rules would primarily affect teaching and research assistants. The distinction between student and employee is an important one, as only employees are eligible to form or join a labor organization and covered by the protections of the Act. Over the past 20 years, the Board has repeatedly changed position on the issue.

In 2000, under a Democratic administration, the Board reversed decades of precedent and held for the first time that graduate teaching assistants could indeed organize as employees. The agency changed its mind in 2004 under a Republican administration, but in 2016 reversed itself yet again to find that graduate teaching assistants were employees under the Act. Now, under a Republican administration the NLRB is changing positions once more, this time through the exercise of its seldom used rulemaking authority.

The new proposed rules, summarized below, will be open for public comment for 60 days.

The Proposed New Rule
According to the new proposed rule, students who perform any services for compensation, including, but not limited to, teaching or research, at a private college or university in connection with their studies are not “employees” within the meaning of the Act. The proposed rule excludes from coverage those students who perform any services in connection with their undergraduate or graduate studies at a private college or university. Further, per the proposed rule, the Board is inviting comments as to whether the definition of “employees” under the Act should exclude students employed by their own education institution in a capacity unrelated to their course of study.

Takeaways
If it becomes effective, the proposed rule would effectively overrule the Board’s decision in Columbia University, 364 NLRB No. 90 (2016), and expressly exclude undergraduate and graduate student assistants from coverage of the Act. Meaning undergraduate and graduate student assistants would no longer be afforded the protections of the Act, including the right to organize or join a union. This leaves several unanswered questions that will hopefully be sorted out during the comment period:

→What happens to undergraduate and graduate student bargaining units that have already been certified?

→What should private colleges and universities do if faced with an organizing drive by undergraduate and/or graduate student assistants?

What You Can Do
We encourage those interested in the outcome of the Board’s rulemaking process to submit comments over the next 60 days. Public comments can be submitted either electronically to www.regulations.gov or by mail to Roxanne Rothschild, Executive Secretary, National Labor Relations Board, 1015 Half Street S.E., Washington, D.C. 20570-0001. 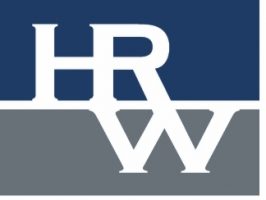