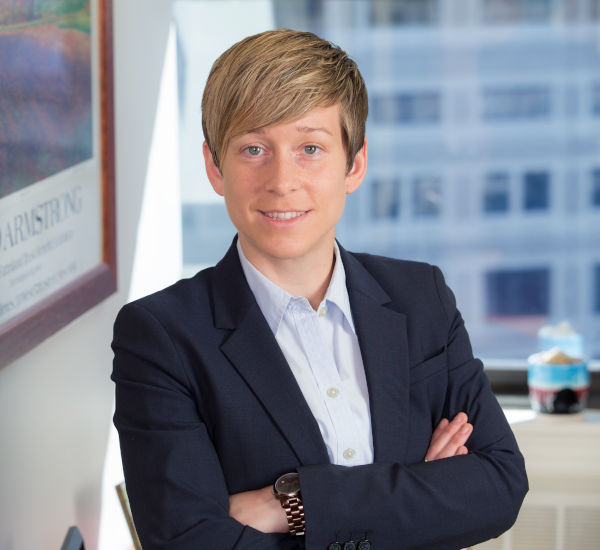 Laurie guides clients through a myriad of complex and sensitive legal issues. She strategizes with a client on discrete employee or compliance issues, and advocates aggressively for the client’s interests on high-exposure matters. In all cases, her goal is the same: fix the issues that keep her clients awake at night.

Laurie R. Bishop’s practice includes advising colleges, universities, and nonprofit organizations on their policies and procedures, and aiding them in various risk-management decisions. Working with a diverse body of clients, including in her role as the General Counsel at Berklee College of Music, Laurie has experience in a wide array of issues unique to higher education, including the areas of complex contracts, institutional policies and handbooks, campus safety and security, reputational risk management, faculty misconduct, student affairs and various state, federal, and international compliance issues, such as Title IX, the Clery Act, data privacy and security, Massachusetts regulations concerning summer camps and minors on campus, Massachusetts’ criminal background check regulations, the Family Educational Rights and Privacy Act (FERPA), and state and federal employment laws.

Laurie also represents companies and non-profit institutions on various employment, compliance, and risk management issues, including privacy laws, the Fair Labor Standards Act, the Family and Medical Leave Act, the Americans with Disabilities Act, the Massachusetts Equal Pay Act, anti-discrimination statutes, contracts, restrictive covenants, and employment policies and practices. Laurie defends clients in employment discrimination suits, in both court and administrative agencies, and she has experience in dealing with covenants not to compete, severance and release agreements, policies and handbooks, and minority shareholder issues in closely-held corporations. Laurie also represents and advises clients on complex business issues including intellectual property matters, contract negotiations and disputes, and sweepstakes and promotions.

Laurie has trained managers and employees on a variety of matters, including litigation avoidance tactics, employment statutes, and leadership. In addition, she has presented on a variety of topics to clients in numerous industries, including exposure and liability issues under the Massachusetts Wage Act and the Fair Labor Standards Act, the Massachusetts Equal Pay Act, the impact of donor misconduct, high level and high stakes internal investigations, and has presented on sexual harassment in the workplace to an international audience.

Prior to joining Hirsch Roberts Weinstein, Laurie was a litigation attorney in the Boston office of a regional law firm. In that position, Laurie’s work focused on higher education and employment law, as well as business litigation. In particular, Laurie regularly represented colleges and universities on tort matters, as well as large restaurant clients throughout New England on employment cases in state and federal administrative agencies and courts.

During law school, Laurie interned at the United States Attorney’s Office for the District of Massachusetts (Civil Division). While completing her law degree, she also worked in the legal department of a large publicly-traded corporation, as well as a litigation firm. Prior to that, Laurie worked as the full-time manager of a local business while attending Tufts University.