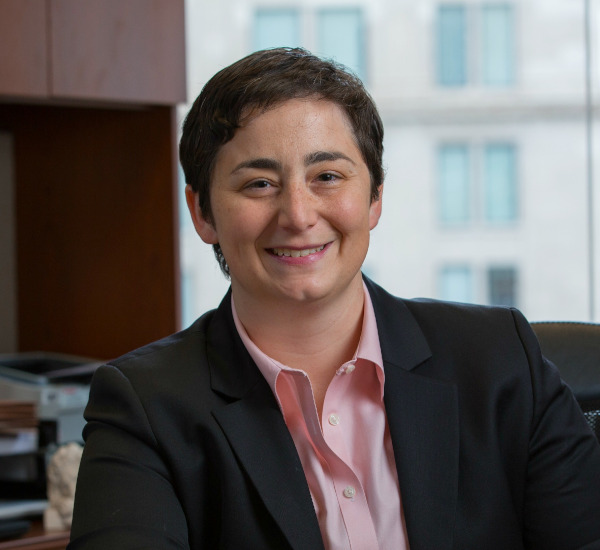 Ari knows that clients want to focus on serving their customers, clients, and communities -- not on legal and compliance concerns. She works closely with clients to provide strategic advice and counselling tailored to the unique characteristics of their businesses and the complex issues they face. When litigation arises, she strives to get her clients back to doing what they do best by advocating tirelessly on their behalf.

Arielle B. Kristan (“Ari”) advises and counsels colleges and universities, businesses, and nonprofits in avoiding employee conflict and minimizing the risk of costly litigation. She assists clients in complying with federal and state employment laws, including the Fair Labor Standards Act, the Family and Medical Leave Act, the Americans with Disabilities Act, Title VII, the Massachusetts Paid Family and Medical Leave Act, the Massachusetts Pay Equity Act, Massachusetts leave laws, and Massachusetts General Law Chapter 151B. Ari also works as an investigator of claims of workplace misconduct and discrimination, conducting both internal and independent reviews of employee allegations.

An experienced litigator, Ari also represents clients in state and federal court and before administrative agencies, including the EEOC and the MCAD. Her litigation experience ranges from employment discrimination and wage and hour disputes to Chapter 93A claims, civil rights claims and claims for breach of fiduciary duty. Ari understands the importance of minimizing the disruption and cost of litigation for her clients, and works to obtain successful results for clients as early in the litigation process as possible through the use of motions for preliminary relief, motions to dismiss, and summary judgment.

Ari works with colleges and universities, with a particular focus on employment and student discipline matters. She has worked as an independent investigator of allegations of sexual misconduct and harassment involving students, faculty members, and senior leaders. She has also defended colleges and universities in employment matters and student discipline matters, including litigation under Title IX.

Ari frequently presents and conducts workplace training on topics related to non-discrimination, diversity, and inclusion. Ari has particular experience speaking and presenting on LGBTQ+ workplace issues, with a focus on the creation of inclusive and equitable workplaces for transgender and gender non-binary employees.

Prior to joining Hirsch Roberts Weinstein, Ari was an attorney at two Boston law firms; first in the complex business litigation department of an international law firm and second as a civil litigator at a trial boutique. Ari also served as an Assistant Attorney General in the Administrative Law Division of the Massachusetts Attorney General’s Office, where she defended state agencies, including in oral arguments before the Massachusetts Appeals Court.

Immediately after graduating from law school, Ari served as a law clerk to the Honorable Joette Katz of the Connecticut Supreme Court.

Ari has a passion for teaching, and has served as an adjunct instructor at Tufts University and Boston University School of Law. Prior to law school, Ari spent three years working for an international campus-based nonprofit.