February 4, 2013 marked the 20th anniversary of the signing of the Family and Medical Leave Act (FMLA). Right around that time, the Department of Labor (DOL) announced the following developments:

i. the creation of an updated FMLA poster, effective March 8, 2013 (which can be downloaded here);
ii. the release of the findings of a survey entitled Family and Medical Leave Act in 2012: Final Report; and
iii. the publication of updated FMLA regulations that address the 2010 statutory expansions to military FMLA leave and the 2009 statutory expansions of leave applicable to airline flight crew employees. 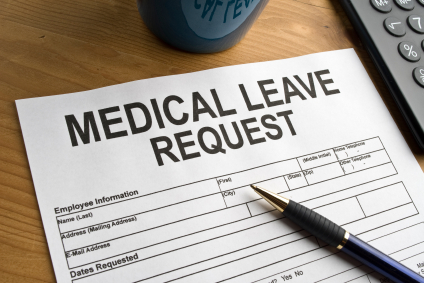 As you may know, the FMLA applies to private employers with 50 or more employees and it requires all covered employers to prominently display a poster explaining the provisions of the FMLA and telling employees how to file a complaint concerning alleged violations of the FMLA. With the implementation of the updated regulations, the DOL has issued an updated FMLA poster that addresses the changes to military leave and leave for airline flight crew members. The poster can be downloaded by clicking here. Employers who are covered by the FMLA should replace their current poster with the new version by March 8, 2013.

Release of Findings of FMLA Survey

The DOL released findings of a survey entitled Family and Medical Leave Act in 2012: Final Report. In its press release about the survey, the DOL asserts that the FMLA has had a positive effect on the lives of millions of workers and their families without imposing an undue burden on employers. According to the survey:

– Thirteen percent of the employees surveyed took leave for a qualifying FMLA reason in the past year, which is the same percentage reported in 2000.  Most of those leaves (57%) were due to the employee’s own illness. Twenty-two percent took leave due to pregnancy or a new child, and 19% took leave due to the illness of a qualifying relative. Other qualifying leaves, including leave for military reasons, were rare (2%).
– Nearly half of all leaves (42%) were for 10 days or less. Only 17% were for more than 60 days.
– Most employers covered by the FMLA reported little difficulty with FMLA compliance. Larger employers were more likely to report difficulty with compliance. Thirty percent reported that the administrative cost of compliance is rising.
– Less than 10% of work sites perceived negative effects of compliance with the FMLA on employee productivity, absenteeism, turnover, career advancement, morale and profitability; however, larger companies were more likely to report such negative effects.
– Only about 3% of employees reported taking intermittent leave. Reports of negative impacts on profitability and productivity due to intermittent leave were rare (6%), though significantly higher for larger employers.

If we were to conduct a similar survey among HRW clients, we suspect that that the results might be less rosy than those reported by the DOL. In particular, a number of our clients have experienced negative business impacts due to (a) unpredictable intermittent FMLA leave, (b) situations where multiple employees from a single department take leave at the same time, and (c) suspected FMLA fraud (e.g., an employee is denied a vacation request, and then applies for FMLA leave during the same timeframe).

On March 8th, two statutory expansions of the FMLA will go into effect: the National Defense Authorization Act for Fiscal Year 2010 (FY 2010 NDAA) and the Airline Flight Crew Technical Corrections Act (AFCTA). The FY 2010 NDAA provides families of eligible veterans with the same job-protected FMLA leave currently available to families of active military service members. It also enables more military families to take leave for activities that arise when a service member is deployed. AFCTA expands existing rules to better enable airline personnel and flight crews to make use of the FMLA’s protections. Key provisions of the new regulations include the following:

– Covered veterans are limited to those discharged or released under conditions other than dishonorable in the five years prior to the date the employee’s military caregiver leave begins.
– Qualifying exigency leave is extended to employees who are family members of the regular armed forces.
– Military members must be deployed to a foreign country in order to be on “covered active duty” under the FMLA.
– A special, more flexible definition of “serious injury or illness” is created for current service members.
– The amount of time an employee may take for qualifying exigency leave related to the military member’s Rest and Recuperation (R&R) leave is expanded from five days to fifteen days.
– The regulations create an additional qualifying exigency leave category for parental care leave necessitated by the covered active duty of the military member for the military member’s parent who is incapable of self care.
– Periods of absence from work due to military service covered by USERRA (Uniformed Services Employment and Reemployment Rights Act) count in determining an employee’s eligibility for FMLA leave.
– Where it is physically impossible for an employee to start or end work mid-way through a shift, the entire period of time the employee is forced to be absent can still be counted as FMLA leave; however, this provision is to be applied only in the most limited of circumstances.
– The record-keeping requirements are updated to specify the employer’s obligation to comply with the confidentiality provisions of the Genetic Information Non-Discrimination Act (GINA).

HRW can assist employers with all aspects of FMLA compliance, including practical strategies for addressing complex or disruptive leave situations. Contact Catherine Reuben or David Wilson if we can be of further assistance at (617) 348-4300 or by emailing creuben@hrwlawyers.com or dwilson@hrwlawyers.com.