HRW is proud to announce that Jeffrey Hirsch was sworn-in at Governor Charlie Baker’s office to continue his service as a Member of the Advisory Board of the Massachusetts Commission Against Discrimination (MCAD).

Jeff was first appointed by Governor William Weld in 1995 and has been honored to serve continuously under each governor since 1995. The MCAD Advisory Board is composed of people committed to civil rights and equal opportunity who provide advice to the Governor and the MCAD Commissioners on matters of importance to the MCAD. 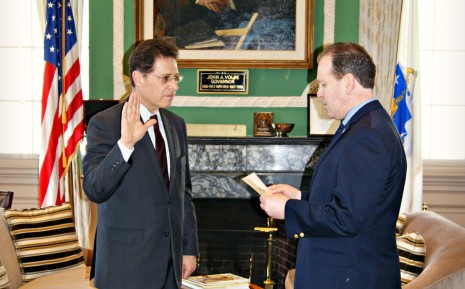