The Massachusetts Supreme Judicial Court (“SJC”) issued an important decision on May 8, 2019, in the matter of Sullivan et al v. Sleepy’s LLC et al regarding overtime and Sunday pay requirements for inside salespeople who are compensated entirely by commission. In its decision, the SJC was faced with the question of whether an inside salesperson paid entirely by commission (and a daily draw to be credited against future commissions) must receive additional premiums for overtime and Sunday pay even if the daily draw was enough to compensate an employee above minimum wage and compensate an employee at one and a half times minimum wage for any hours worked over forty per week or on Sunday. While the SJC acknowledged that some of the guidance on these issues was “less than a model of clarity” and “may have misled the employers,” it nonetheless ruled in favor of the plaintiffs in the case and held that additional premiums must be paid.

The SJC has now clarified that inside salespeople[1] who are compensated on a commission basis must receive an additional payment of one and one half times the minimum wage for every hour the employees work over forty hours in a week, or on Sunday[2]. Based in part upon two opinion letters issued by the Massachusetts Department of Labor, the employers had argued that so long as the employee received a draw which met or exceeded the sum of minimum wage for the first forty hours worked in a week, and an additional one and a half times the minimum wage for any hours worked beyond forty or on Sunday, they had complied with their obligations under the Massachusetts wage laws. Considering the purpose of the Massachusetts overtime laws, including an intent to discourage employers from requiring employees to work more than forty hours a week and instead to hire additional employees, the SJC rejected this argument. The Court also considered past precedent where it had determined that employers may not defend their improper wage policies by showing that the employees were in fact paid more than the minimum required by law (as they were here). Based on this analysis, the Court held that the purpose of the overtime laws would be frustrated if the employees received the same amount of draw regardless of whether they worked more than forty hours a week or worked on a Sunday.

In calculating what the overtime rate for employees would be, the SJC noted that commissions are exempted from the definition of what constitutes a “regular rate” for the purposes of calculating overtime pay. Accordingly, they adopted the interpretation of the Massachusetts Department of Labor on that issue, which had opined that the regular rate for employees paid on commission was the minimum wage.

Applying the SJC’s ruling, the following is an example of how an inside sales employee compensated by commissions, with a draw against commissions, may be legally compensated:

Jane works full time in retail, selling appliances. She is compensated through commissions on sales she makes. She also receives a draw of $100 per day worked, which is credited against the commissions she earns through sales. The applicable weekly payroll period is Sunday through Saturday. If Jane works Monday through Friday, eight hours each day, her employer is not required to pay her anything additional beyond the $500 she will receive for her draw. If, however, Jane works Sunday through Thursday, eight hours each day, she must be paid an additional $134.40, representing a 1.4x premium for the Sunday hours. Similarly, if Jane works Monday-Saturday, eight hours per day, she must receive an additional $144, representing overtime pay for hours worked in excess of forty during the week. If, however, Jane works Sunday-Friday, eight hours per day, she need only receive an additional $144, i.e., no stacking of the overtime pay and Sunday premium pay, since employers are legally permitted to credit premium rate payments for Sunday work against overtime wages without making an additional payment.
——————————–
[1] An inside salesperson typically works inside a location operated by the employer, rather than traveling to customer locations to make sales. Federal law recognizes an exemption for inside salespeople, but Massachusetts law does not.
[2] This case was decided under a previous version of the Sunday pay statute which required payment of 1.5x the applicable pay rate. As of January 1, 2019, the Sunday premium rate has been reduced to 1.4x the applicable rate of pay. The rate will continue to reduce on January 1 of each year until it is eliminated entirely as of January 1, 2023.

For more information about this decision, payment of commissions, overtime, or other wage and hour questions, please contact Rich Loftus (rloftus@hrwlawyers.com) or any member of the HRW team. 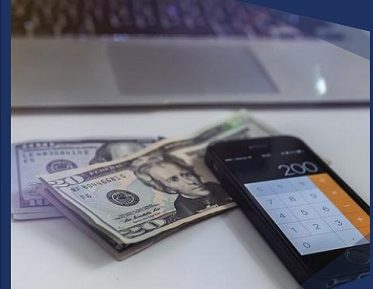