Is it unlawful for an employer to offer light duty to persons who are injured on the job, but not to pregnant workers? In a March, 2015 decision interpreting the Pregnancy Discrimination Act, the U.S. Supreme Court has answered this question “maybe.”

The case, Young v. United Parcel Service, Inc., involved a driver for United Parcel Service (UPS) whose job required her to lift packages weighing up to 70 pounds.  When the driver became pregnant after several miscarriages, her doctor restricted her from lifting more than 20 pounds during the first 20 weeks of her pregnancy and 10 pounds during the remaining weeks.  UPS informed the driver that the lifting restrictions would prevent her from doing her job and that she did not qualify for a temporary alternative job. 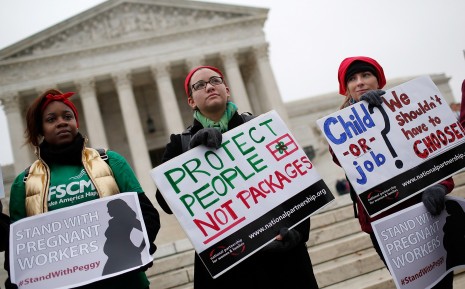 The driver later sued, claiming that, since UPS offered light duty to employees in some other circumstances, including employees who were injured on the job and employees with disabilities covered by the ADA, UPS was required to offer light duty to pregnant workers as well.

​To learn about the details of the employee’s claims, the outcome of this case, and the implications this case has on employers, check out the full copy of our alert by clicking on the link below.